According to the Ministry of Defence Armed Forces Annual Personnel Report (1st April 2014) in the year 2013/14 some 640 officers and 20,350 other ranks left the British Armed Forces. Sixty-five percent of those leaving (known as SLs or Service Leavers) were aged between 20 and 34. That comes in at 13,040 officers and other ranks. Who knows what the future holds with regard to these numbers?

On 17th March this year BBC Radio5 Live hosted by Adrian Chiles interviewed many veterans and also AVM Ray Lock of the Forces in Mind Trust . The reason for this interest in Service Leavers, veterans and their transition from the Forces was as a result of the announcement that a certain 30 year-old Captain Wales (Prince Harry) will be leaving the Army after 10 years service. Harry has served his country well and now is moving on – as all service personnel have to do sooner or later.

AVM Lock was exactly right when he listed the hurdles that face all those transiting from uniform to civvies. A single man such as Prince Harry will need to plan for his income, role, and a place to live once having left. Again AVM Lock was right to say that Harry does face these problems although he does have a pretty strong support group. Even so, has Harry planned his exit?

But this blog is not just about Harry. It is also about the many men and women – anything up to 20,000 of them – that leave the Armed Forces each and every year. Men and women that are single or have families, are fit or unfit, are often well prepared for the ‘transition’ but sometimes not prepared enough.

Yes there is a resettlement support function available whilst serving and if a Service Leaver is lucky they will have the full two years to prepare. If they had been made redundant, with the best will in the world, some of those leavers would have been forced into making some quick decisions. Those decisions may sometimes also be made in isolation away from spouses and partners, away from family back home – even under fire.

The responses made one thing obvious and it was that each individual or family may share a core of needs but that those needs are often satisfied differently. The sweeping generalities that are sometimes applied can miss out important needs.

For example, a spouse or partner may attend two briefings – housing and finance – but the rest is down to the Service Leaver. From personal experience (having left the Royal Air Force on two separate occasions) I often had difficulty explaining in detail to my worried partner about what I had learned in the past week. And worried she was, because she was not involved in the fact-finding, decision-making process as much as wanted to be.

And it is not just the immediate family that should be included. Never ignore the contribution of a spouse or partner – they may be the major breadwinner at first. Don’t forget the input from friends and family back home.

Tools such as MAPP Resettlement allow the Service Leaver to include everyone in the planning process from spouse, partner, dependents, resettlement consultants, family back home and even – yes Harry – father and grandmother!

The same MAPP tool prompts the decision-making process and allows tasks to be delegated – all planned over the Internet. Never forget that whilst planning is vital, the inclusion of everyone impacted by the transition in that process is even more important.

So has Harry planned his exit alone? Or will there be an input and support from his immediate family and friends?

Want to know more about Resettlement MAPP? Here are some links:

It’s often said that when in Rome we should do as the Romans do. This translates to – if you want to fit in then change your behaviour to match that of the inhabitants of the country you are living in.

This definitely applies should you wish to open an office in a new country.!

There are a number of things that you need to be aware of when starting up a new office in a foreign country. Using that good ‘change management’ standby referring to the six triggers ‘PESTLE’ the MAPP Academy came up with a list of areas that you might need to research:

But it doesn’t end there; add to the above PESTLE triggers your personal knowledge of your industry sector and – most definitely – a great deal of market research in the country of your choice (just as you would if opening a business in a new town within your home country) and your chances of success just got better.

One final link worth a look is Starting a Business Abroad. Aimed at businesses of a certain size (10-50 employees) this can provide you with a number of insights and may save you making a big, costly mistake.

The MAPP has produced a comprehensive, on-line decision-making tool that can be used to plan an exciting project such as this. For product information follow the link: 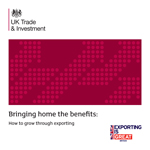 UK Trade and Industry, in their excellent publication, ‘Bringing home the benefits: How to grow through exporting,’ explain how exporting can lead to growth, further exports and consequently greater growth.

Exporting can also lead to improvements in efficiency, new products and services. Top that off with an increase in confidence, ambition and momentum for greater growth and the idea of exporting your product or service becomes quite exciting.

In the above publication the UKTI reports that a survey of their clients:

Many potential exporters are put off by the task that lies ahead of them the planning seems to raise more questions than answers and the whole thing project appears too complicated.

But help is at hand, The MAPP Academy – working with the UKTI and experts from within the MAPP Academy – has developed two on-line, decision-making tools to help you plan for your exporting. And being on-line means you can invite your mentor or team members to work with you from anywhere in the world.

The two product pages giving you more detailed information about each product can be accessed by these links:

But if you want go directly to the two MAPPs in the MAPP Store please use these links:

It was key to Labour’s successful handling of public relations and the press and it infuriated many newspapers by appearing to pre-empt many stories that would have called for a swift reactive response from No10. And, coincidentally, it was the departure of a second Mr Brown from No. 10 Downing Street in 2011 that saw the end of ‘The Grid.’

If we start with something that is embedded into change management we get a glimpse of the power of the grid – PESTLE. Most manager know that this refers to the change ‘triggers’ political, economical, social, technological, legal and environmental. The PESTLE headings now provide focal points for pre-empting training needs.

Here’s a small example of a grid structured around one week of political activity in the House of Commons:

Here’s just a quick set of thoughts that could be addressed before the events listed take place:

If these ‘grids’ can be projected into the future then it is possible to predict organisational training need. The above example only mentions a response to political and economical change triggers but what about the other triggers such as:

Just by looking at one week’s programme for the House of Commons we can see that a multitude of organisations might be affected and all of the change triggers are felt.

There are some many more events that might or might not affect an organisation. But by using a grid there is much more control and proactivity when addressing training needs.

The grid is a vital decision card in the MAPP Development Needs Analysis set. But in 2015 it will become a MAPP card set in its own right. In the meantime, there are product details for the MAPP DNA product page and in our MAPP Store – just follow the links below:

The Merriam-Webster Dictionary defines ‘negotiation’ as:

noun: a formal discussion between people who are trying to reach an agreement : an act of negotiating.

If negotiation is a give and take process between two or more parties then you need to be aware of your ideal outcome, what you will accept as a minimum and what you will not accept (causing you to walk away from the table). And you need to have a firm grasp of these three outcomes before starting the process.

However, in order to participate in a ‘give and take process’ you also need to find out quickly what the other party sees as their ideal, minimum or unacceptable outcome.

This means you must:

Some Tips from the MAPP Academy

Ensure that you have the right team/individual handling the negotiations

Handle the negotiations in a professional manner

The Negotiation MAPP was created by members of the MAPP Academy along with Spoken Word Limited, a MAPP Partner company. It provides you with a framework for your negotiations. Have a look at the product description by following the link below:

Or to get directly to the Negotiation MAPP follow the product links below to the MAPP Store: 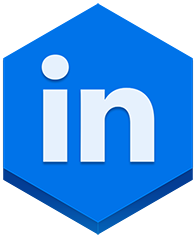 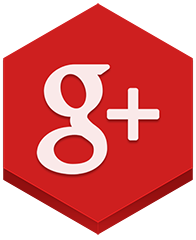 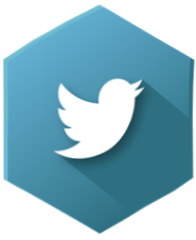 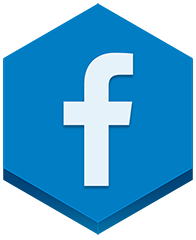